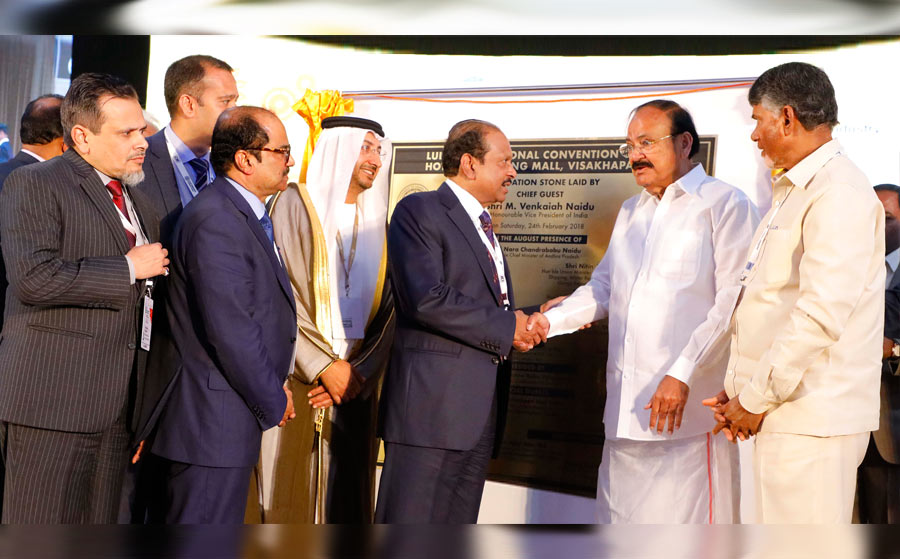 LuLu Group has officially launched one of the largest project of its kind in the state of Andhra Pradesh. Through a Public Private Partnership (PPP) route the group would set up an integrated project, comprising 7000 capacity a world-class convention center, shopping mall and a luxury hotel on the beach road in the Harbour Park area of Visakhapatnam aimed to making it a global destination for “Meetings, Incentives, Conferencing and Exhibitions (MICE) tourism.

“We hope to complete this prestigious project by 2021, said the group’s Chairman & MD Yusuff Ali “It’ll also provide a world-class shopping experience to both tourists and the residents of Sunrise state”.

The Mall will have more than 200 national and international brands, a hypermarket, 11 screens multiplex, family entertainment center, food courts with 2500 seats and more than 20 F&B outlets and fine dining concepts.

Andhra Pradesh being the newest state in India has tremendous potential for investments in various sectors especially in hospitality and retail. We've had many rounds of fruitful discussions with the government of Andhra Pradesh and the speed with which they approved our project is commendable. We are fully committed to completing this prestigious project within 36 months” added Yusuffali.