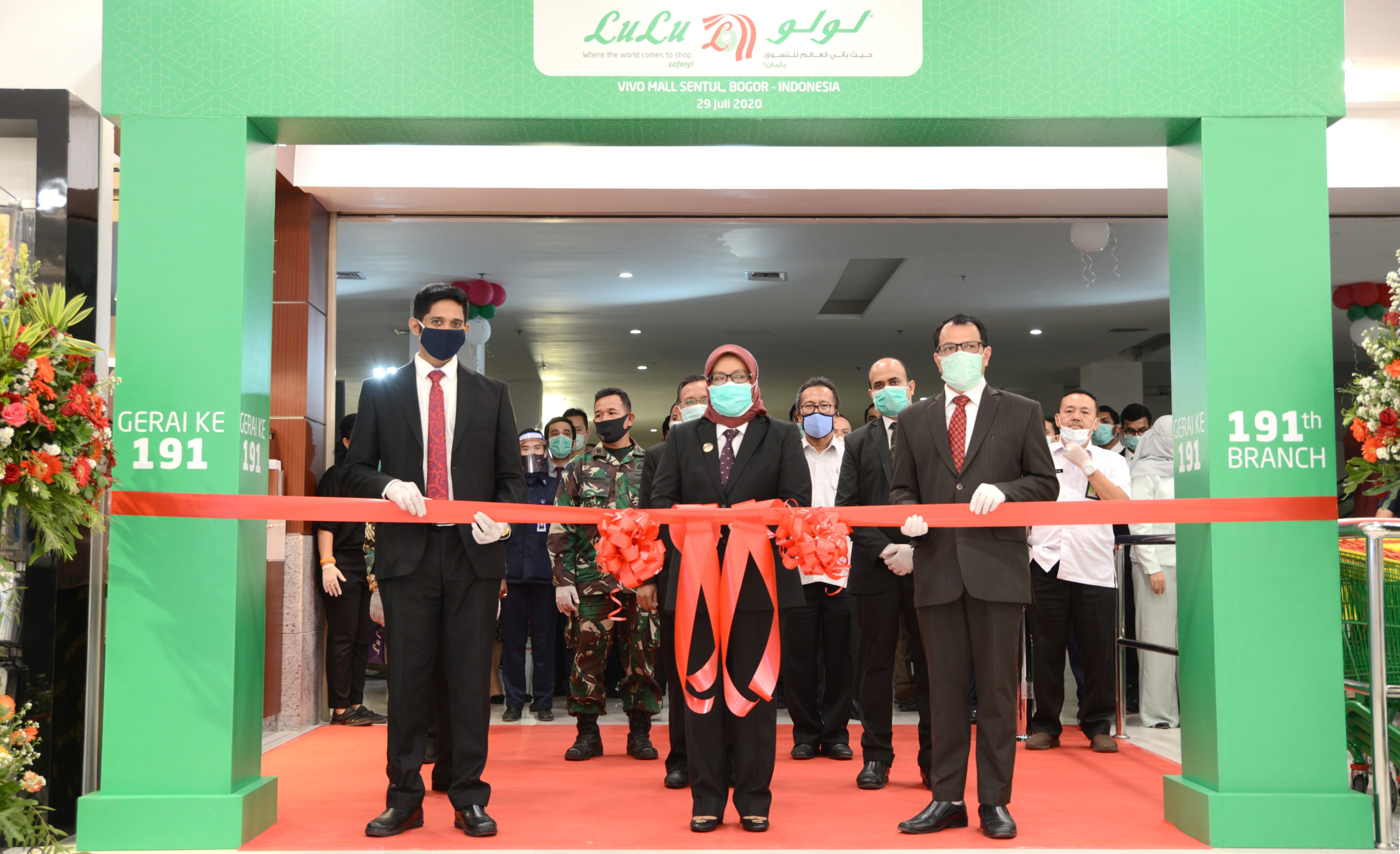 After the recent opening of hypermarkets in Abu Dhabi and Cairo, the UAE based retailer LuLu Group, is continuing their aggressive expansion plan in the far east as it opened third hypermarket in the ASEAN country of Indonesia.

The latest Hypermarket at Sentul city in Bogor province of capital Jakarta, which is also group’s 191st globally was officially inaugurated by H.E. Ade Yasin, Regent of Bogor along with other dignitaries in the virtual presence of Yusuff Ali MA, Chairman of the Group and other top officials.

Speaking on the occasion from Abu Dhabi, Yusuff Ali MA, said “LuLu is committed to expand in Indonesia because Southeast Asia's largest economy contains a promising market with a massive 260 million population that has growing purchasing power”.

“In Indonesia, the Group already employs 750 Indonesians and this number will rise to over 5,000 direct and indirect job opportunities in the coming three years”, he said. The group is planning add 10-15 new hypermarkets to its network in Indonesia and a state of art logistic center, added Yusuffali.

In January 2020, it had signed an agreement with West Java Government of Indonesia to provide employment to the local work force in its retail outlets worldwide. The agreement was exchanged in the presence of His Highness Sheikh Mohamed bin Zayed Al Nahyan, Crown Prince of Abu Dhabi and Deputy Supreme Commander of the UAE Armed Forces, and President of Indonesia Joko Widodo, during President Jokowi’s official visit to the UAE.

It was in the year 2016 when the first LuLu Hypermarket was inaugurated by the Joko Widodo, President of Indonesia as a result of series of discussion that happened during his official visit to the UAE in 2015. Second hypermarket is located in Serpong (Tangerang, Banten).

In UAE alone, the Group will be opening new Hypermarkets in Khalifa City, Al Falah and Riyadh City in Abu Dhabi, Silicon Oasis and Dubai South Mall in Dubai and Muwaila, Saja and Umm Al Tarafa in Sharjah which are in the final stages of completion.

“We are also planning an exponential growth in our existing Ecommerce operation by adding more than 500 vehicles to our current fleet in the GCC countries. In UAE alone we will add 200 more vehicles along with a significant increase in our manpower to better reach and serve our valuable customers” said Yusuffali while talking about LuLu’s e-commerce activities.

In the times of COVID-19 and lockdown, LuLu has played a very crucial role and ensured uninterrupted supply of food and non-food products while maintaining the highest standards of hygiene, health and safety of both its customers and employees.