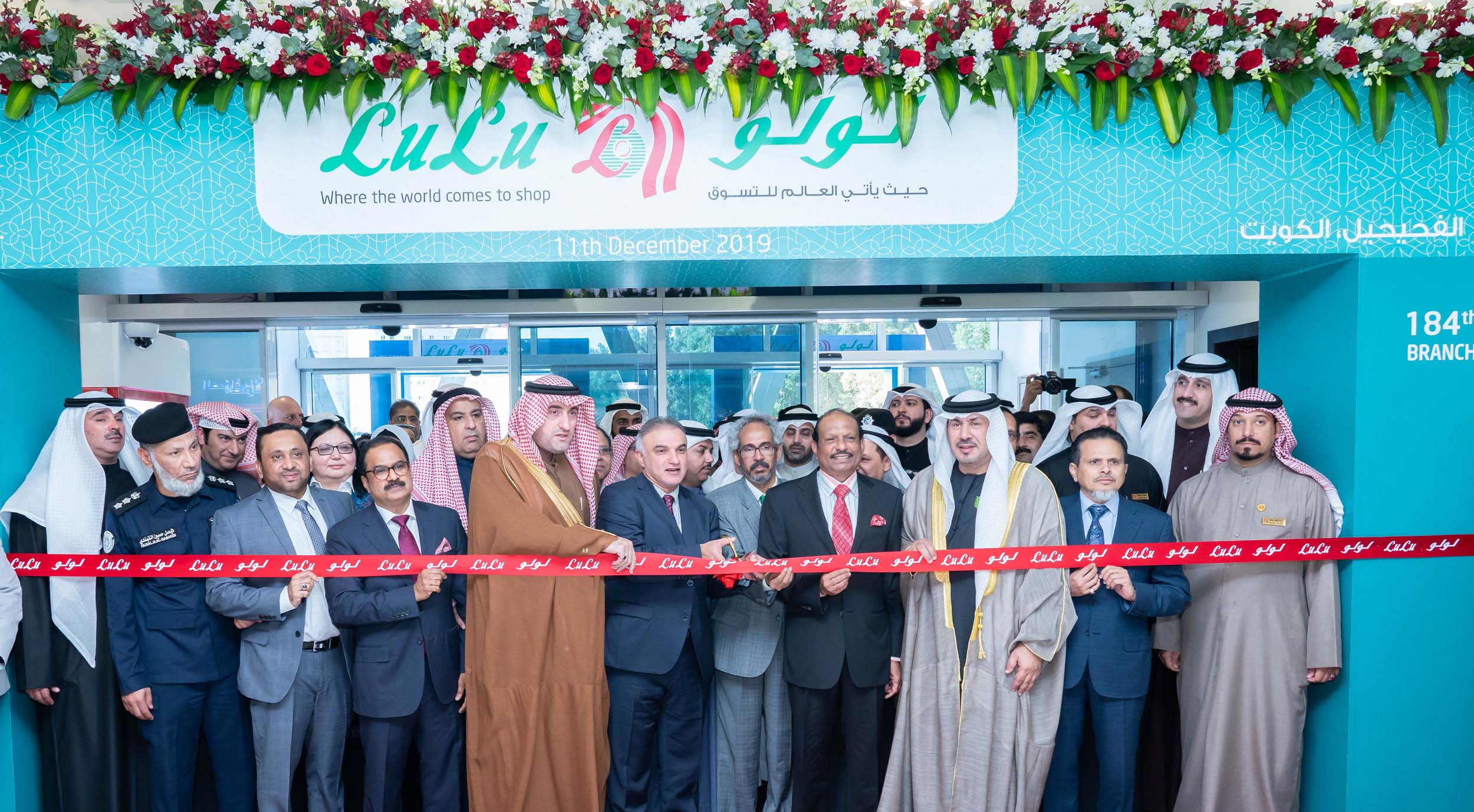 In a bid to further strengthen its presence in the State of Kuwait, LuLu Group has opened yet another hypermarket in the country. The latest hypermarket which is also 10th in Kuwait was inaugurated by H.E. Abdul Kareem Taqi Abdul Kareem, General Manager of public Authority  for Industries, Kuwait In the presence of the ambassadors of the United Arab Emirates, India, Nepal, Malaysia, Kenya, Kyrgyzstan, the Philippines and South Africa and a large number of diplomats in addition to many prominent Kuwaiti figures at Al Hashan Commercial Complex in Fahaheel.

The new hypermarket, which is one of the largest hypermarkets in the country is also 184th of the group globally. The 150,000 square feet three level hypermarket was designed according to the best design concepts serving a large number of residents in Fahaheel and its surrounding areas. The focus has been on providing shoppers with a convenient and comfortable shopping experience. The interiors, well-planned retail floor layout, ample aisle space, extensively laid out counters and liberal parking space contribute to a relaxed world class shopping experience.

Commenting on the opening of the new hypermarket, Yusuff Ali MA, Chairman of LuLu Group said, “it has been our policy to bring unique shopping experience closer to the residents rather than making them drive long distance. With the opening of this new market, the citizens and residents staying here will have huge options of quality products at attractive and competitive prices”. We also believe that this new shopping center will further strengthen our presence and help us to give more value to our shoppers in Kuwait, added Yusuffali.

Yusuff Ali further said that LuLu has always been committed to support and promote Kuwait agricultural sector. As part of this initiative, dedicated sections for locally grown vegetables and fruits especially organic have been arranged. Due to our efforts, we are seeing good growth and popularity of locally grown agricultural produce among the largest sections of the population”.

LuLu has been on an aggressive expansion drive with more than 20 new hypermarkets and malls slated to open within the next two years in different GCC countries, Egypt and Far East.

The new branch offers a wide range of departments that meet the needs of all shoppers including fresh foods, fruits, vegetables, groceries, and hygiene products as well as electronics, fashion, appliances, home appliances, and mobile phones.