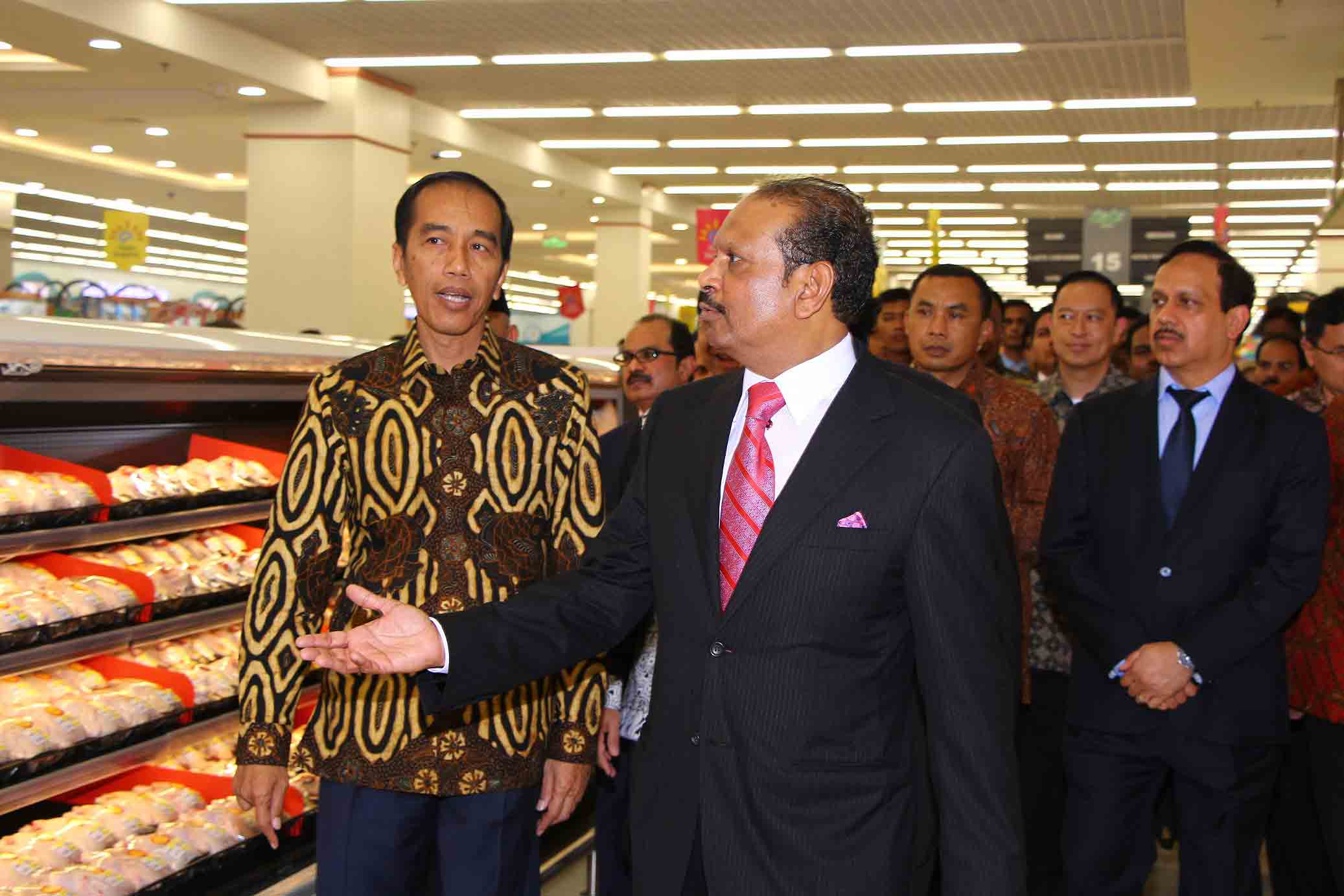 Jakarta : LuLu Group marked its first retail push in the Far East by opening its much awaited first hypermarket in the capital city of Jakarta, Indonesia. The group has already announced its plans to invest US$ 500 million as part of its expansion and intends to set up 10 hypermarkets in the next three years in the country.

The first hypermarket of the country was officially inaugurated by Joko Widodo, the President of Indonesia, in the presence of Basuki Tjahaja Purnama, Governor of Jakarta, Thomas Trikasih Lembong, Indonesian Trade Minister, Ahmed Abdullah Al Mussali Al Awadi, UAE Ambassador to Indonesia, Husin Bagis, Indonesian Ambassador to UAE, and other ministers, government officials, members of business community and a large gathering of residents.

The hypermarket is expected to be one of its kind in the region and will attract large segments of population in the capital city of Jakarta. Located in the Cakung sub district of East Jakarta with an area of over 200,000 sq. ft., the new hypermarket is designed with customer convenience and provides a one-stop shopping destination for the residents of the city.

“With an initial investment of $300 million in the first phase, we plan to open 10 hypermarkets by end-2017 and a central logistics and warehousing facility in Jakarta. These projects are likely to generate more than 5,000 job opportunities for Indonesians” said Yusuff Ali M.A., Chairman of LuLu Group, while commenting about the first LuLu Hypermarket in the country. “We also plan to set up contract farming to ensure continuous supply of high quality products and to support the Indonesian agriculture sector” he added.

During the official visit to UAE last year, President Jokowi had visited LuLu Hypermarket in Abu Dhabi and expressed keen desire to have LuLu in Indonesia. He was especially impressed by the high standards of operations, quality of products and service and also the wide variety of products available in LuLu.

LuLu Group currently operates 125 stores across the GCC, Egypt and India, and employs more than 38,000 people from different nationalities and is also one of the largest retail chains in the Middle East.

• LuLu Hypermarket, Cakung, Jakarta is 126th of the Group
• This is the first hypermarket of the Group in Indonesia which is also one of the biggest in the country
• Part of 10 hypermarkets that the Group plans to open in Indonesia in the cities of Bandung, Solo, Semarag,             Surabaya, Yogya Karta, etc.
• To invest US$ 500 million in Indonesia as part of expansion plan
• To employ 5,000 Indonesians in the next three years