LuLu Group to open first Hypermarket in Malaysia in February 2016 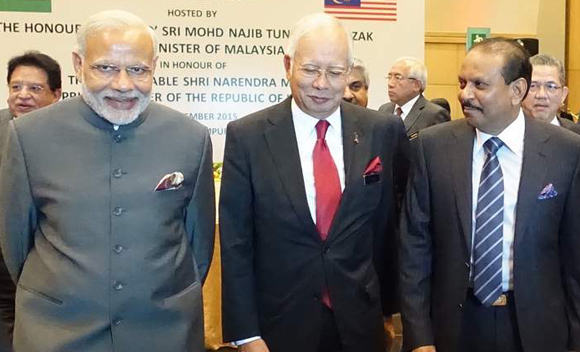 LuLu Group is in the final stages of starting its operations in Malaysia with its first hypermarket set to open in February 2016 in the capital Kuala Lumpur.

Elaborating on the group’s expansion plans during an official luncheon hosted by Malaysian Prime Minister Najib Abdul Razak in honour of Indian Prime Minister Narendra Modi in Kuala Lumpur on Tuesday, Yusuffali M.A., chairman and managing director of Lulu Group, said: “We plan to initially invest $300 million in rolling out 10 hypermarkets in the next two years and gradually expand to all parts of Malaysia. Today the whole world knows about Malaysia’s economic stability, investor-friendly approach, liberalised policies and world-class infrastructure and we are confident about our success here.”

“Our hypermarkets encompass both supermarket and department store formats and we intend to bring a whole new world of shopping to the residents of Malaysia,” Yusuffali said.

Globally, the he said the group employs more than 35,000 people from different nationalities and new projects will provide 5,000 jobs to Malaysians. “To better equip Malaysians employed by us, we will train them in all our hypermarkets here and will also take them to our other outlets in the Middle East,” Yusuffali said.

During Razak’s visit to UAE last year, he had personally visited Lulu Hypermarket in Abu Dhabi and had shown much appreciation for store quality, product range and especially the various Malaysian products being sold there.

LuLu is also one of the biggest importers of Malaysian agricultural products and non-food products to the Middle East.

Agreements have already been finalised with prominent retail developers such as Greenhill Resources for Setia City Mall and KLIA Properties for their new project in Bangi, PNB Commerce Perling Mall in Johar Baru. Other hypermarkets will come up in Kalandhan Kotabaru, Shaa Aalam, Ippoh, Malaka, Penang and Kuala Tringanu.

The work on other hypermarkets has already started.