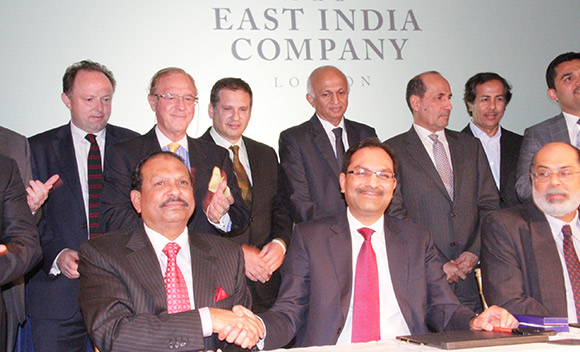 The LuLu Group has bought a 10 per cent stake in UK-based trading firm The East India Company and a 40 per cent stake in its fine foods subsidiary for around $82 million (50.65 million pounds) in total. The new investment will enable the fine foods unit to expand its store network in Europe, the Far East and prepare for a launch in the United States, Mr. Yusuff Ali M.A., Managing Director of LuLu Group, said in a statement late on Wednesday. “We will support East India Company to develop into a truly global luxury brand,” he said.

This is the LuLu Group’s first foray into luxury retail. The investment will help to fund the opening of as many as 15 stores across the Middle East and Asia. An initial investment of $60 million has been made and a further $25 million will be invested in the second phase. The details on what the second phase would involve remain undisclosed.

The East India Company’s fine foods unit in July entered the UAE market with a store at The Avenue at Etihad Towers in Abu Dhabi with its local partner, BinHendi Enterprises. This was its third store in the Middle East after Kuwait and Qatar. It has 41 stores across 18 countries, including its flagship at London’s Mayfair, and it also sells online.

The LuLu Group is looking at leveraging the brand equity associated with the East India Company (EIC). As the grocery market is getting saturated in the UAE, retail chains are being pushed to expand outside the country. In the next two years, LuLu plans to open 50 hypermarkets in Oman, Qatar, Kuwait, Bahrain, Saudi Arabia and Malaysia.