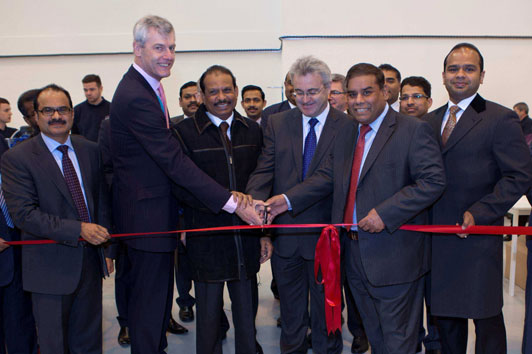 LuLu Group has launched their operations in the UK with the inauguration of a state-of-the-art logistics and packaging centre under the name, Y International. The new facility in Birmingham was opened by Member of Parliament, Khalid Mahmood and Birmingham Chamber of Commerce Chairman, Jerry Blackett.

With an initial investment of £20 million, the new facility will procure and export British products to LuLu’s retail stores spread across the Gulf countries. The 20,000 square foot facility will procure and export food, non-food, chilled and frozen products of UK origin in a bid to accelerate and streamline their logistics. Apart from this, the state-of-the-art facility will also initiate necessary value addition by date coding and labeling for different countries, translation of labels including Arabic, Halal and other relevant certifications.

“We are now working closely with Job Centre to identify, train and recruit high caliber, multi-ethnic human resources to support our operations in the UK. At present, there are about 60 Brits employed, which will be increased to 200 in due course of time”, said Mr. Yusuff Ali.