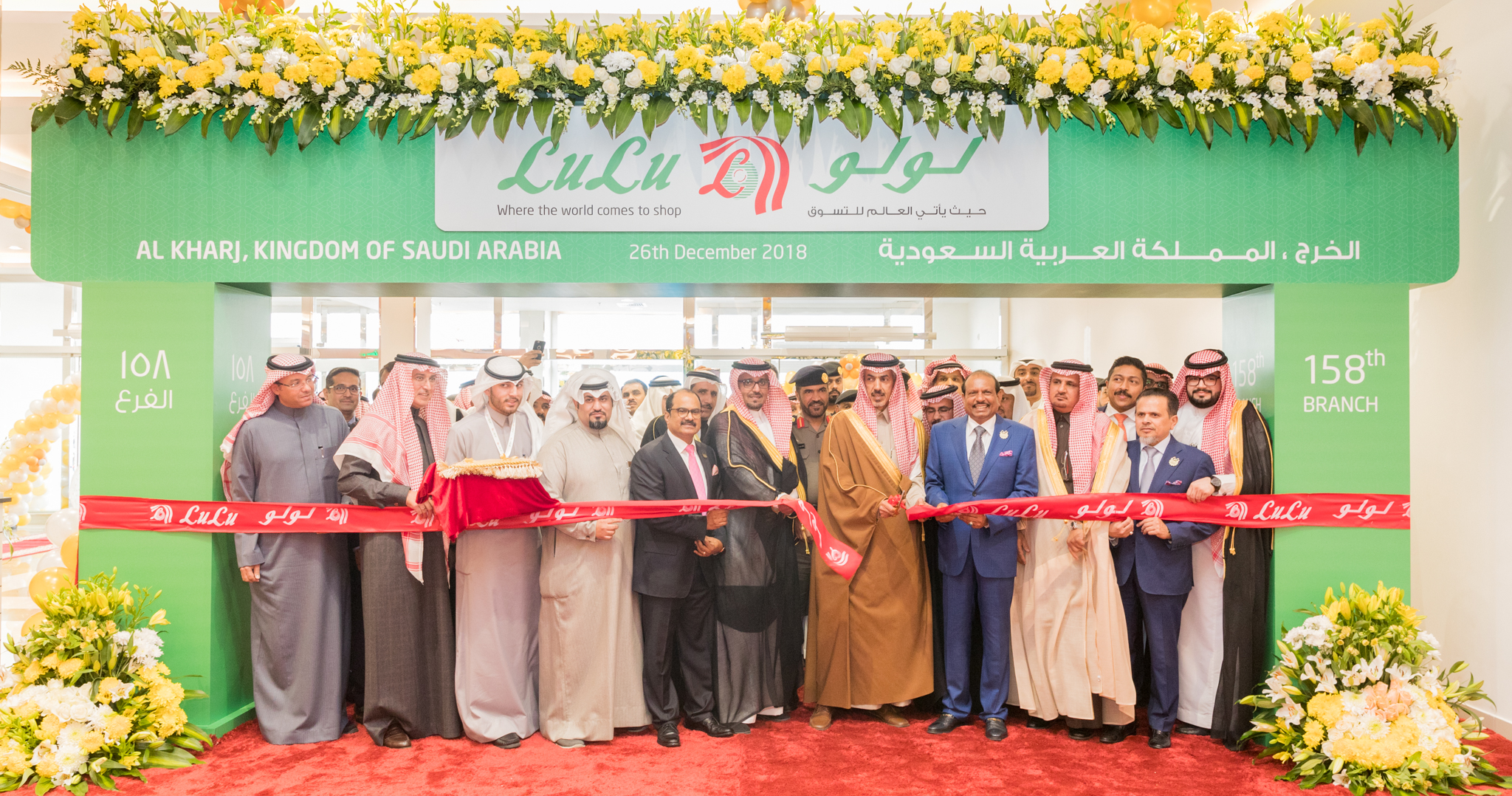 LuLu Group has launched its newest Hypermarket in Al Kharj, Kingdom of Saudi Arabia. The Hypermarket which is also 15th in the Kingdom and 158th globally was officially inaugurated by H. E. Musaed Abdullah Al Madhi, the Governor of Al Kharj in the presence of many dignitaries.

Strategically located at the heart of Al Kharj, the new hypermarket covers a total built-up area of more than 161,000 square feet. With the signature LuLu design aesthetic, the store features a conducive and spacious store layout and organised product stations for world class shopping experience.

Yusuf Ali M A, Chairman of LuLu Group, said, “We are proud to reach out to another potential market in Saudi Arabia, where we come closer and give a conducive shopping environment to shoppers based in distant locations and I am sure the shoppers here will be pleased by the new retail experience we have created here. Through our internationally sourced quality products and enthusiastic staff, Lulu has been the most preferred destination for different nationalities and we will continue to preserve this identity with our new store.”

Elaborating Group’s expansion plans, Yusuf Ali said “we are upbeat about the vast investment opportunities laid open in the Kingdom, thanks to the Kingdom’s Vision 2030.

This is apart from the SR1 billion that we have already invested in the Kingdom till now, he added.