Throughout his career as a businessman and entrepreneur, Yusuffali has adorned many positions and took possession of many titles, beaming as golden feathers on his cap 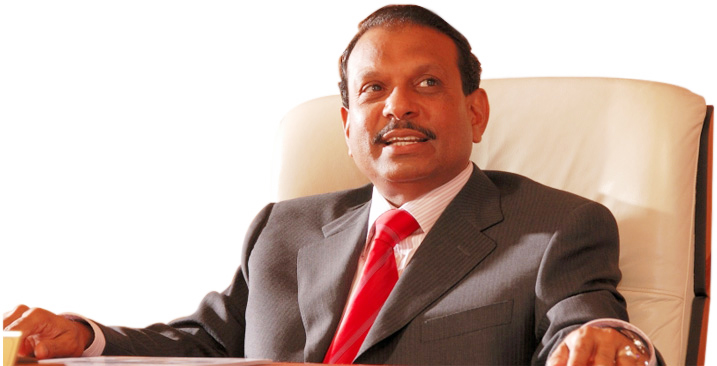 Elected by the business community in Abu Dhabi as the Director Board Member of the Abu Dhabi Chamber of Commerce & Industry (ADCCI) in the year 2005. This was the first time that elections were held for the ADCCI and expatriate was elected to the Director Board of one of the world’s most prosperous and wealthy business regulatory authorities. In addition to this, he was also unanimously elected by the Board members as the Vice-chairman of the prestigious Trade Committee of the ADCCI.

In 2009,the UAE business community re-elected him to the Director Board of ADCCI for the second time with a thumping majority.

In 2014, it was a hat-trick as he was re-elected for the third consecutive term to the Director Board of ADCCI by the UAE business community.

Nominated in 2008 as a Member in the Indian Prime Minister’s Global Advisory Council of Overseas Indians formed to serve as a ‘strategic think tank’ to nurture and sustain India’s engagement with its overseas community, foster a better understanding of the vast and diverse Indian Diaspora, reinforce the bonding of the Diaspora with India and help address the concerns of Overseas Indians.

Nominated in 2008 as a Member of the Board of Trustees of the Foundation established by the Ministry of Overseas Indian Affairs, Govt. of India. The Foundation served as a credible single window to lead diaspora philanthropy into the social sector in India.

As a Trustee of The India Development Foundation (IDF) he has contributed an amount of more than INR 6 Crores as an humble support towards the Hon’ble Prime Minister’s Swachh Bharat Mission and for other humanitarian and charitable works undertaken by IDF including the construction of many Community Toilets and Sanitary Complexes in Vijayawada, Tirupati, Amritsar, Gangtok and also to construct classrooms in Government Schools in Gurudaspur, Roper & SAS Nagar.

Cochin International Airport is a novel venture in the history of civil aviation in India where Government of Kerala, NRIs, Travelling Public, Financial Institutions, Airport Service Providers and others joined hands in the equity structure. This is the first International Airport in the country outside the ambit of the Government of India. This airport has been constructed to enable any type of wide bodied aircraft to land with state of the art facilities. The Chief Minister of Kerala is the Chairman of the company.

NORKA, the Non Resident Keralite Affairs Department is set up by the Government of Kerala under the Chairmanship of the Chief Minister of Kerala to ensure the welfare of the non resident Keralites, redress their grievances and safeguard their rights.

Industrious, innovative and ever responsive to opportunities, the Keralites, professional and technically skilled, are among the most enterprising people in the world. Exploring the horizons of career opportunities, nearly 25,00,000 Keralites have migrated to various countries. They contribute their expertise and innovative skills to their states of domicile, bringing in additional income to the motherland. This is the context of formation of NORKA. NORKA is the first department of its kind in India.

FICCI is the largest and oldest apex business organization in India. A non-government, not-for-profit organization, FICCI is the voice of India’s business and industry and reaches out to over 2,50,000 companies.

The Confederation of Indian Industry (CII) is a non-government, not-for-profit industry-led and industry-managed organization playing a proactive role in India’s development process.

Chairman of the Board of Governors – India Social & Cultural Centre (ISC)

India Social & Cultural Centre (ISC) is the premier socio-cultural organization and the apex body of the registered Indian associations in the capital city of Abu Dhabi. The biggest social and cultural centre outside the territory of India, it provides support and encouragement to socio-cultural and religious activities of Indians in Abu Dhabi. The variety of regular Hindu, Muslim and Christian religious programs in ISC reflects the spirit of unity in diversity of the Indian Community and promotes communal harmony.

The main aim of this institution is to provide innovative, interactive and world class education to the residents of poor and underdeveloped coastal areas of Kerala.

By far the oldest and the largest Indian educational institution in the Gulf with a strength of more than 4000 Indian students.

Established mainly to promote strong business relations between India and U.A.E. and act as a platform for businessmen and professionals of Indian origin in U.A.E.

Prominent socio-cultural organization of Indians in the U.A.E undertaking social, educational, cultural and charity activities for the expatriate Indian Community.

This medical college was set up with a view to reach quality medical education facilities in economically backward and predominantly Muslim populated area of Kerala under the aegis of MES which was established in 1964 to uplift social, cultural and educational standards of Muslims and other backward communities in Kerala. More than 40,000 students from different religion, caste and creed are presently attending different disciplines in the various institutions under the Muslim Educational Society.

A platform formed by the Embassy of Switzerland in U.A.E. with the participation of U.A.E. and Swiss personalities aiming to strengthen the bilateral relations between U.A.E. and Switzerland.