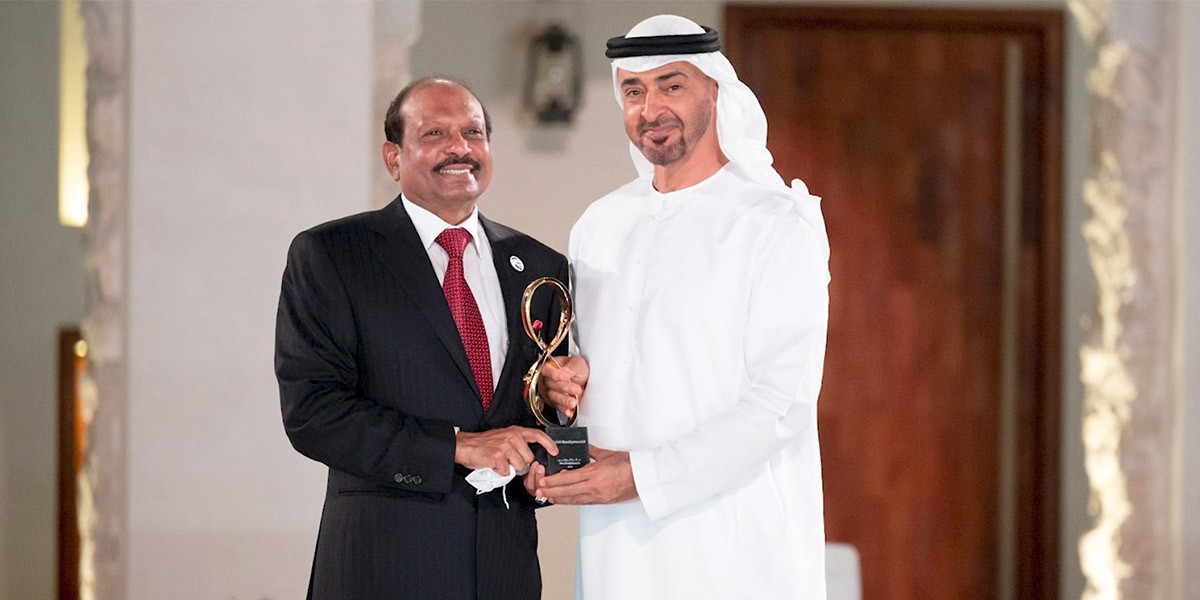 The Abu Dhabi Awards is a government initiative that honours individuals who have selflessly dedicated themselves to support the communityin the Emirate of Abu Dhabi.

Hailing from the Kerala state in southern India, Yusuff Ali M.A. is recognised for “strengthening the UAE’s position on the international trade map”, as stated by H.E. Mohammed Al Shehhi, Undersecretary of Economic Affairs, Ministry of Economy.

H.E. Rashid Al Bloushi, Undersecretary of Abu Dhabi Department of Economic Development, said: “He came to the UAE in the 1970s, at a young age; he witnessed the UAE’s journey and its development. He proved himself as a self-made man. He started working for his uncle, then opened his store “Lulu”. His goal was to develop the store, and he successfully opened hundreds of hypermarkets spreading across 29 countries.”

Besides his hands-on commitment to the business, the LuLu Group chairman is well-known for his social initiatives on humanitarian deeds, sustainability, and environment protection in partnership with various organisations, such as the “One Million Dirham” initiative in collaboration with Emirates Red Crescent.

H.E. Dr Mohamed Al Kaabi, Chairman of the General Authority of Islamic Affairs and Endowments, noted that Yusuff Ali is “a businessman who proactively contributes to humanitarian aid and philanthropy, whether it is education, nursing, or helping people in general.”

Under Yusuff Ali’s dynamic leadership, the Group has strengthened its popular retail entities and diversified into many significant areas across the globe.Headquartered in Abu Dhabi, the capital city of United Arab Emirates, the Group is best known in the Gulf through a chain of popular hypermarkets and shopping malls that offer world-class retail and lifestyle experience for a multi-ethnic clientele base.