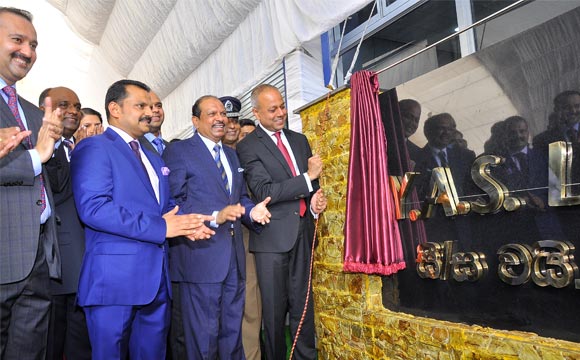 Situated ideally in the Katanayake Export Processing Zone, near Colombo International Airport, the state-of-the-art facility will primarily focus on sourcing, processing, storing, packaging and exporting of fruits, vegetables, and commodities from Sri Lanka to various Lulu operations around the world.

Speaking at the inauguration, Yusuffali MA, Chairman of Lulu Group said “it is our ongoing strategy to set up our own sourcing & food processing units around the world to ensure uninterrupted supply and ensure competitive pricing by eliminating middlemen. Sri Lanka has a vast variety of fruits, vegetables, and various commodities and we are working closely with the ministry of Southern Development and Govt. of Sri Lanka to boost the export of these. Already we are exporting almost US$ 5 million worth of Fruits, vegetables, and commodities, which is expected to go up to US$ 10 million by the end of the first year”.

The quantum of export is expected to raise from current 3500 tons to 7000 tons.

Currently Lulu operates 134 hypermarkets in 10 countries in Gulf countries, Egypt, Indian and the Far East and employs over 40,000 people. Last year the group recorded an annual turnover of US$ 6.9 billion and was ranked as the No.1 retailer in the Middle East & North Africa region and as one of the Top 50 fastest growing retailers in the world by Deloitte.

“Initially we have invested US$ 20 million in this facility, and soon we intend to venture into retail sector with a world-class shopping mall and modern hypermarket in Colombo” concluded Yusuffali.