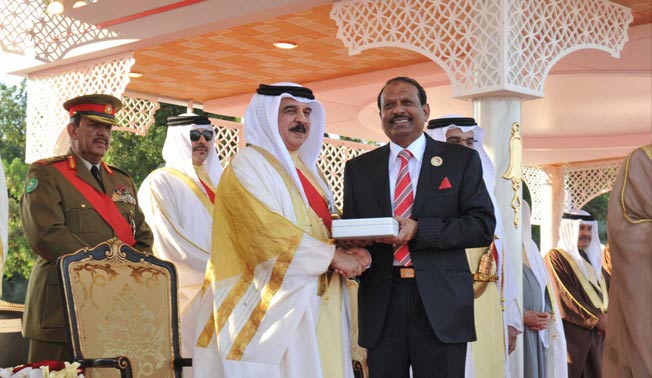 Managing Director of LuLu Group, Yusuff Ali M.A., was honored by Bahrain with ‘Wessam Al Bahrain’ (Medal of Bahrain – Order of the King), thus making him the first ever non-Bahraini to receive the honor. In a glittering event that took place on the occasion of the country’s 43rd National Day, Bahrain’s King Hamad Bin Isa Al Khalifah, presented the top honor to appreciate Yusuff Ali’s rich contribution to the progress of the Kingdom.

Thanking King Hamad Bin Isa Al Khalifah for the honor, Yusuff Ali attributed his success to the prudent leadership of Bahrain that gave him all the support without which, he said that he ‘wouldn’t have made his achievements’. LuLu Group has a strong presence in the retail sector of the Kingdom and has contributed significantly to its progress. Moreover, LuLu Group has provided employment directly to over 1,000 Bahrainis in its hypermarkets and malls and with the expansion of the hypermarket chain, there will be over 600 more jobs generated for Bahrainis by the end of 2016.