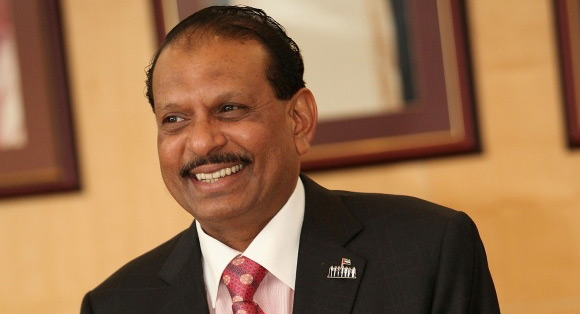 The annual Arabian Business Excellence Awards 2013 were presented at a glittering function held at JW Marriott Hotel in Dubai. The awards recognize the efforts of various business groups and leaders in the Middle East and Africa. This year, the prestigious Businessman of the Year award went to Yusuff Ali MA for establishing a world-class retail empire in the region and for being the role model for the younger generation of Arab business groups.

The award was received by his brother, Executive Director of LuLu Group, Ashraf Ali MA from the CEO of Arabian Business Group, Walid Akawi. CEO of the EMAAR Group (Burj Khalifa fame) received the Business Visionary award, Saudi Airlines was adjudged the Airline of the Year, and Mobily Iraq got the Telecom Company of the Year award.

The most prestigious award of the night, Business Innovator and Leader of the Year award was won by HH Sheikh Saif Bin Zayed Al Nahyan, Deputy Prime Minister and Interior Minister of UAE.

The award function was presided over by the former British Prime Minster, Tony Blair, various UAE ministers, dignitaries and guests. Tony Blair in his speech praised the efforts of Indians in the economic development of UAE and encouraged the new generation to learn from their rich and varied experiences.

“It is a moment of great pride and joy for me to be selected for such a prestigious award. I dedicate this award to my 32000 colleagues and the rulers and authorities of this great nation for their continuous support and encouragement” said Yusuff Ali.